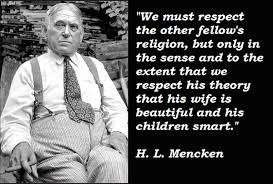 Listing hobgoblins frightening to people who wish they were translators has developed into a sort of anti-industry. All through life we’ve been exposed to hogwash (nuclear power will poison us all, industry will bake the planet, refrigeration will sunburn the penguins) and survived mainly through a process of immunization. Cassandras’ declarations are invariably cast in the future tense, as somber predictions. Millerites believed Jesus would end the World 22 October 1844. Since then the  world was supposed to end by freezing in 1998 warming in 2012, and drowning by 2014. The same social “scientists” making these failed predictions also fancy themselves ethicists, when in fact their calling is deontology. Deontology is to ethics as astrology is to astronomy.

The fundamental problem is that most translators’ associations confuse ethics and deontology, and foist the latter on beginners as a substitute for the former.

Deontology seeks to impress its victims with the importance of duty, sacrifice, dependence… altruism. Ethics on the other hand is a code of values to guide your choices and actions. Professors in the time of Aristotle had already observed that students had short attention spans, and came up with virtue ethics as a useful shortcut to values.

Virtues such as rationality and judgment protect us from fronting labor or money to strangers, or relying on someone else’s verbal assurances instead of our own written bids. Virtues such as courage, integrity and independence enable individuals to look out for their own rights instead of signing them away in the form of market allocation and hold-harmless agreements dressed up to look like NDAs.

Nonsense palmed off as ethics is easily recognized for its lack of value. One large interpreters’ association worships secrecy and collusion as though that were a rational standard of value. Ask yourself whether that standard is better suited to a criminal conspiracy or to honest dealings among free and independent economic actors.

Translators whose code of ethics equips them for success write their own agreements and produce websites–not excuses for inaction. (The virtue is productivity, or industriousness). Thus you bid on jobs and customers hire you based on the credentials you show them. While it is true that the world is full of large corporations eager to rob you with a fountain pen, it is also full of honest customers eager to deal directly with qualified professionals–if they can only find them.

All of the miserable translators I have ever met show clear symptoms of poisoning by deontology. To provide valuable guidance a code of ethics must have at its foundation a standard of value consistent with the pursuit of happiness. Virtue ethics help us to better choose the company we keep.

To see how prohibitionism crushed the U.S. economy and brought on the Great Depression, why not download Prohibition and The Crash–Cause and Effect in 1929? The book is live on Amazon Kindle and you can read it on a cellphone for the cost of a craft pint at a pub.