Every voter who missed the opportunity to vote libertarian (and make a difference) should read Hillary Clinton’s econazi mein kampf. The thing is a sobbing, altruistic tell-all exposing the utter cluelessness of an ignorant collectivist dupe.**  Hillary made it clear she has never understood the function of the President, to “take Care that the Laws be faithfully executed, and … Commission all the Officers of the United States.” Nor has she even read or understood the platform of her own party in its entirety.

Every sane voter is normally inclined to believe whatever the democratic and republican parties say about each other’s politicians. After all, they are all looters, ideologically committed to the initiation of force.  Yet when was the last time you saw a Democrat quote verbatim and contest a plank from God’s Own Prohibitionists’ platform or vice-versa? Only thinking people read the platforms. Clueless folks read tweets about cankles, hairdos and vague allegations of email impropriety.

Most especially, voters in mi Puerto Rico querido. Puerto Rico is dominated entirely by superstitious prohibitionist republican and cynical communist democratic politicians. The Nixon anti-libertarian law shunts tax money into the island’s fake media to advertise these charlatans as “both” alternatives. Voters are aware of only one choice in elections: force women to bear unwanted children AND/OR send men with guns to kick in your door because of plant leaf products. “Both” parties are prohibitionists, but the Dems want to ban energy and God’s Own Prohibitionists want to bring back Prohibition and then some.

Superstition made boricuas susceptible to anti-nuclear propaganda. Econazi propaganda convinced the island voters that bird-killing windmills and useless solar panels can replace a power plant. Altruism caused them to elect looter politicians willing to squander 120 million borrowed dollars. That money bought the DemoGOP enough votes to bully women, kill birds and produce blackouts. Puerto Rico today is in the dark and vulnerable.  Look at the before and after outcome: 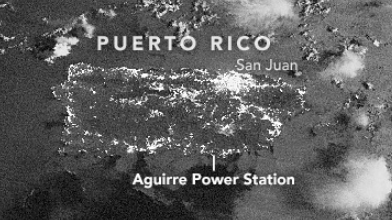 Slide the Atlas Shrugged divider… Page down, VIEW IMAGE COMPARISON shows before and after view.

La Rebellión de Atlas is available in Spanish translation. There is no excuse for Puerto Rico to live in the Dark Ages anymore. A libertarian governor and economy could soon enable a boricua power company to purchase a natural uranium Canadian CANDU reactor on reasonable terms. This would make our island the searchlight beacon of the Caribbean. Houston’s nuclear reactors were hit directly by the same hurricanes and never felt a thing. Puerto Rico more closely resembles a satrapy of the Spanish Inquisition because of energy prophesies–such as this one from the 2016 Democratic platform:

We are committed to getting 50 percent of our electricity from clean energy sources within a decade, with half a billion solar panels installed within four years and enough renewable energy to power every home in the country.

While energy is needed to fuel a modern society, government should not be subsidizing any particular form of energy. We oppose all government control of energy pricing, allocation, and production.

The Democratic Party final solution for Puerto Rico looked like this:

** I did not vote for Trump. I always vote Libertarian.

Find out how Puerto Rico went on strike against prohibition enforcement in 1931. Prohibition and The Crash–Cause and Effect in 1929 shows how superstitious laws wrecked the entire U.S. economy and plunged us into the Great Depression. Live on Amazon Kindle for the price of a pint. 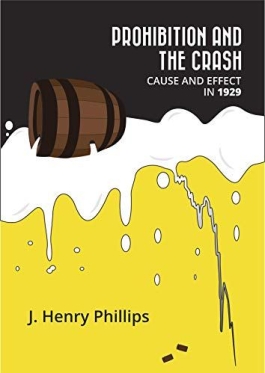 2 thoughts on “In the dark and vulnerable…”