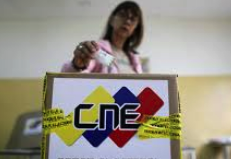 As already occurred in the 1980s, a small clique of soi disant libertarians has infiltrated upper echelons of the Libertarian Party, poniards in hand. As always, the idea is to throw priorities out the window and saddle us with yet another plank or resolution designed to make ordinary voters either shun us or hurl brickbats and flaming brands.

The first such plank was the Child Molesters Party plank (now watered down somewhat but still costing us votes). Nobody admits to knowing who wrote the plank. The second vote-repellent is the current Birth Control Straddle plank, which announces to women we lack the courage we had in 1972. Back then the LP defied Comstock Republicans and Landover Baptist Dixiecrats and with help from the Supreme Court, stopped them from sending men with guns to coerce pregnant women and physicians for 100 days. Our current plank on birth control kowtows to revealed superstition and tells women we’ve turned cowardly.  Despite this plank the party gained 328% in vote share thanks in part to Bill Weld being strongly pro-choice, so neutrality is not the end of the world. Should we be as neutral on the border wall fight?

The prohibitionist Republican party has demanded a border fence in its platform since 2016. Socialist Democrats seek to pack the cities with starvelings from Latin-American junta-style dictatorships and gain electoral votes through the census count. Naturally Dems are against such a wall. Both looter parties are slashing each other over this Wall idea, which is at best a federal subsidy for California, Arizona, New Mexico and Texas. Both kleptocracy parties favor asset forfeiture looting, so seizure of property would surprise no one.

Come to think of it, since voters worldwide are routinely gulled by force-initiating ruffians, a sudden exchange of nuclear weapons should come as no surprise. In the aftermath of such aggression the tall border fence would suddenly seem more attractive–like the walls surrounding Obama and the Pope of Rome.

So what’s in it for the Libertarian Party? May we watch from the bleachers while the looters duke it out or must we join and sully ourselves with their ordure-flinging?

Here is a poll asking whether libertarians want our representatives to drag us into the affray.
Update 08FEB: 60% are against and 40% for the LDC Wall resolution. This is the reciprocal of the vote so far among those who claim to represent us.

One thought on “Libertarian Wall Poll”