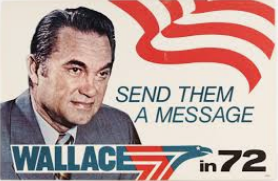 This just in:
A couple of months ago, the Arkansas state legislature, a.k.a. the Sahara of the Bozart, pulled some shenanigans and rapidly pushed through an “emergency bill” to make it nearly three times harder for us to get ballot access there. Why? Because Republicans are scared to compete with us.

Why else would so many Republican sockpuppets sign up as Reason Magazine commentators? Their mantra is the same fixed-pie mentality that is the foundation for communism. A vote for the LP is a vote “for” the same LIBERAL party that in 1930 added repeal of the 18th Amendment to its platform and helped the Dems win with it. That plank alone won the 1932 election plus five more.  Republican prohibitionists turned to Franklin Roosevelt’s enemies for help. The last thing the GOP wants is spoiler voters costing them their political jobs, power, pelf and boodle.

Franklin Roosevelt’s enemies were German National Socialists. These were politicians of the very party Herbert Hoover had helped take over Germany by giving them a Moratorium on Brains in 1931. The moratorium excused Germany from paying war reparations to its victims and also from repaying loans taken from American suckers.  This so-called “standstill agreement” is right there in Atlas Shrugged, a book which, with the non-aggression principle, was written as nazis were tried and hanged in Nuremberg:

“The country” Wesley Mouch was referring to could easily have been Nazi Germany. In fact, we had come this close: 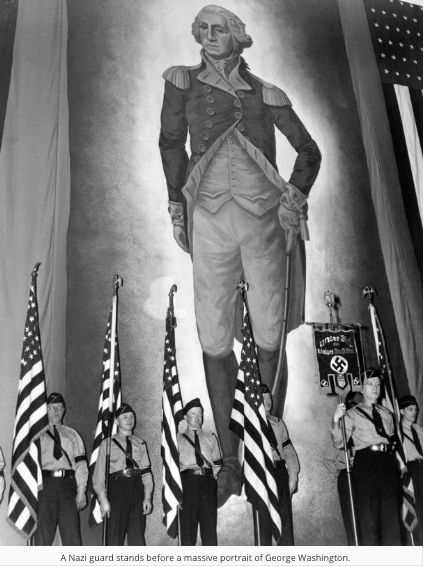 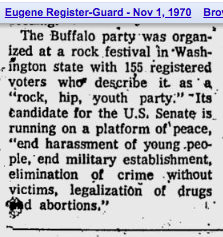 Another outside party turned up in 1970 opposed to aggression, conscription, prohibitionism, victimless crime laws and Comstock laws and in favor of relegalizing drugs. The obviously Libertarian Buffalo Party’s planks soon turned up in the platform of the Libertarian party. With fewer than 4000 votes the LP blocked Dixiecrat laws forcing women to reproduce against their will. The current wave of plant leaf decriminalization is the result of Libertarian Party spoiler votes over the course of 12 national election campaigns. It took 11 campaigns for the Prohibition Party to make beer a felony. Spoiler votes have finally become a mechanism for increasing freedom by throttling back coercion. Oh, and speaking of coercion…

Could asset-forfeiture prohibitionism have caused the Great Depression? Get the complete story in Prohibition and The Crash on Amazon Kindle in two languages. After this you’ll be able to explain to economists exactly how fanaticism and loss of freedom wrecked the U.S. economy.