After the Libertarian Party’s role in drafting Roe v. Wade euchred George Wallace Dixiecrats out of effective participation in the movement to restore the Comstock Laws, The Empire Struck Back.

That seminal 1972 election showing–with fewer than 4000 popular votes and one rational electoral vote– enabled the LP to protect pregnant women and doctors from fanatics by providing the language that framed the Roe v. Wade decision. Just as irritating to girl-bulliers was congressional approval of the 1972 version of the Equal Rights Amendment, to wit:

Section 1. Equality of rights under the law shall not be denied or abridged by the United States or by any State on account of sex.
Section 2. The Congress shall have the power to enforce, by appropriate legislation, the provisions of this article.
Section 3. This article shall take effect 2 years after the date of ratification.

True, Phyllis Schlafly’s cuckoo-infiltration remake of the Wizened Christian Temperance Union began an outpouring similar in content and shrillness to the original reaction to the Women’s Organization for National Prohibition Repeal 43 years earlier. To them the idea of women making their own reproductive choices was as odious an affront to Allah as the thought of beer NOT being a shoot-first felony. After all, had not the Methodist Board of Temperance and Other People’s Morals determined that proper temperance was the deadly force exerted by dry killers, often led by vigilante Men of God?

But a campaign of murdering doctors coupled with incessant dinning for eight different Constitutional Amendments to compel women into involuntary biological labor was put onto effect by activists of the American Party, Prohibition Party and Republican Party–the latter under prohibitionist control since 1928. The hysteria spread like Nationalsocialism and the ensuing remake of racial purity rallies staged at Klanbakes and Nuremberg outdid southern celebrations exulting in the Kennedy assassination, and even louder Burn-The-Beatles demonstrations put over as outpourings of “Our” Savior’s opinions. 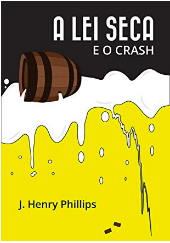