How many times have you been urged to believe that President Herbert Hoover was a capitalist opposed to communo-fascist collectivism? Hoover himself, defeated in 1932 and unhorsed in 1933, characterized FDR policies as fascist regimentation. He should know: 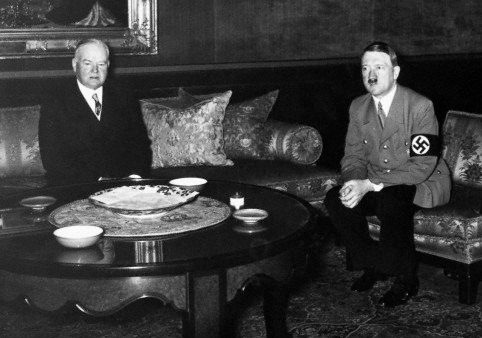 Hoover’s 1931 Moratorium on Brains gave the National Socialist Party the needed boost to win in 1932. Both altruists opposed individual rights.

The motto of Hitler’s party was “The Common Good Before the Individual Good.”

See how all of this arose in the context of Prohibition and The Crash in Amazon Kindle format. Did Republican dry fanaticism wreck the economy?