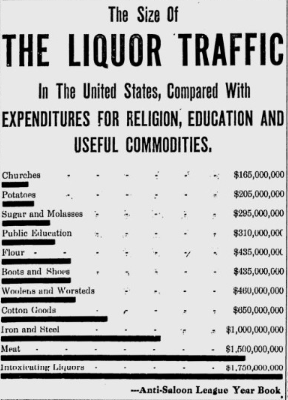 How many dollars flowed through the illegal liquor, beer & wine business in 1929? Historians assure us that liquor consumption did decrease by as much as 40% under the dry law. Supposing that to be true we could use 60% of the ASL guesstimate as a proxy for the volume of liquids. But making a thing illegal is one of the most effective ways to raise its price. Marijuana prices have fallen by roughly 2 orders of magnitude after decriminalization in some areas, but beer doesn’t grow on bushes. 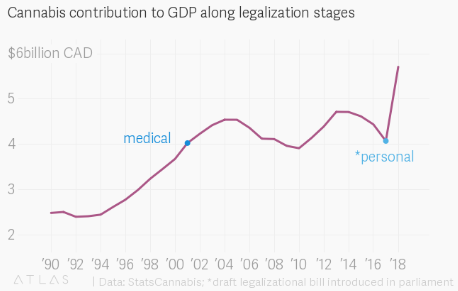 My estimate after 20 years of gathering figures is that beverages became four times as expensive under prohibition. Applying that multiple to 60% of the guesstimated 1914 liquor total yields 4.2 billion gold dollars. But the U.S. population had grown dramatically between the night of January 16, 1920 and the unleashing of Herbert Hoover and the 5&10 law upon the corn sugar and yeast industry that produced at least 80% and possibly as much as 95% of all the illegal beverage consumed occurred in 1929. Adding the effect of the 14% population growth that decade gives $4.8 billion. So how does that dollar amount compare to the size of the U.S. economy of 1929? (Hint: it was more than the Federal budget–about 5% of GNP). The Wickersham Commission, appointed to downplay the total, came up with a slightly smaller figure. Clark Warburton, the economist who coined “Gross National Product,” came up with a slightly higher figure.

That’s right. Gangland trafficpreneurs had more income from liquor alone than the Federal Government got from corporate and individual income taxes, customs tariffs and the squeeze put on States. God fights on the side with the biggest budget, so of course repeal won, thanks to the Liberal Party repeal plank.