The vertical axis shows the number of words (blue line). The US Constitution is 7583 words

The U.S. Constitution is the shortest on the American continents. All of the people’s states, caudillo juntas and banana republics have constitutions up to ten times as wordy as the U.S. Constitution. People face danger and expense in order to flee those countries and try to enter These United States, not each other’s countries. Is this coincidence? Is the number of words or pages in a country’s Constitution a negative indicator for individual freedom and prosperity?

The trendline for per-capita GNP in this relation clearly slopes downward as verbosity (blue line) increases. All constitution lengths are taken from the English-language versions at Constituteproject. (link) Per capita GNP is copied from the IMF column in the Wikipedia. Of the 8 countries with individual GDP above the trend, five have actual libertarian parties. The lines speak for themselves, and from running businesses I personally expect dishonesty and wordiness of contracts, bids, RFPs or constitutions to be causally related–or I wouldn’t have graphed the data in the first place. The idea came from a quote in the Dictionary of Thoughts.

Thou mayst esteem a man of many words and many lies much alike.
–Thomas Fuller, M.D.

Anyone willing to argue that the longer and more verbose the constitution, the wealthier the citizen living within its jurisdiction is clearly in for some tough sledding to overcome the easily-reconstructed data graphs above. Argentina appears to have a Libertarian party–until you read that party’s lengthy platform. Panama is a puzzle and is not listed with Liberty International. Costa Rica has a functioning LP, and short constitution, but depressed income per capita. Peru has a fake libertarian party and performs at the low end despite a fairly short constitution. This leads to a second question. 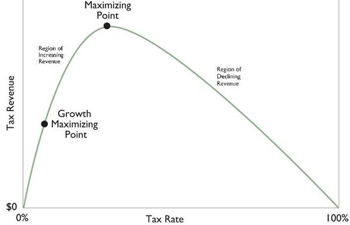 When Calvin Coolidge was president the cost of government was 15% of national income and the Laffer Curve was on the downslope, past the peak of the curve, where every tax cut increased revenue. In April of 1932 government cost 20%. In 1924 you worked 46 days for all forms of government, and by April 1932 that was 61 days of the year. (Hoover 1932-33  181) Today government takes away 106 days of your income on average. So even with a Constitution under 8000 words, parasitism increases. Mexican experts estimate their dia de la liberación fiscal is day 146. Tax free day in Brazil, they say, was day 153 in 2017. Both are at the high end of the wordiness range and slave, respectively, 40 and 47 days longer per year than Americans. I would bet money that the tax burden also increases with wordiness of constitutions.

When protocommunist parties in America were pushing for an income tax, then an income tax amendment, proponents claimed such a tax would obviate and replace the tariff–especially the Republican protective tariff with its unfortunate resemblance to Acts of Navigation under British rule. Here’s what happened.

Much political strife, and its economic consequences, are covered in Prohibition and The Crash–Cause and Effect in 1929. Live on Amazon Kindle in two languages

Prohibition and The Crash,
on Amazon Kindle