“Porta dos Fundos” is itself a play on words worthy of the Firesign Theater. Indeed, Fire Exit works as one of the myriad translations for the name of Brazil’s premier comedy troupe. In a country plagued by Richard Nixon’s campaign subsidy laws–where folks are forced to vote for some 16 fascist and another 16 communist parties–all of them campaigning at the pleasure of a politically-appointed panel of legal geezers–comedy becomes a dangerous profession.

Just how dangerous is only now sinking in. When they did “Fashion,” (MODA) poking fun at Sharia Styles (above), nobody batted an eyebrow. Then when they did a Christmas special with the Angel explaining Mary’s pregnancy to Joseph, some televangelist pastor tried to sue them in his capacity as God’s accredited representative on Earth–and was laughed out of court.

But when their latest short movie dubbed as “The First Temptation of Christ,” intimated that the hypothetical issue of annunciated virgin birth might possibly have been susceptible to sins of the same sex, American and Saudi conservatives hollered in unison: “Git a rope!” Back before subtitle translations, no such miracle could have occurred. Now gay-bashing girl-bulliers all over creation are lighting torches and honing pitchforks as Jihadi John clones and Robert Dear fanboys close in for another Charlie Hebdo massacre–this time targeting Brazil’s funniest comedians.

It is touching to see sockpuppets who once bombed and flew hijacked planes into each other suddenly finding common cause in violent execration, why? In defense of the tender feelings of All-Powerful Snowflakes helpless to speak on Their own behalf? Hardly. American and British mystics bided their time till Francis Crick (co-discoverer of DNA assembly, who not only endorsed Evolution but blocked funding for a chapel at an institute of higher education) became too feeble to fight back, then sprang on him with accusations and innuendo worthy of a gang of woke Antifans. The pattern repeats as Prophet-seeking Sharia berserkers sprang upon the Brazilian troupe once America’s National Socialist myrmidons of Positive Christianity were already baying for their blood. So… is this hysteria about to bankrupt Netflix?

The Gay Jesus movie was released in the original on December 3, 2019, then dubbed in English and other languages. Here is the result of thousands of algos and sockpuppets under fake Youtube accounts declaring they would “cancel Netflix” on NFLX stock value; up 40 points: 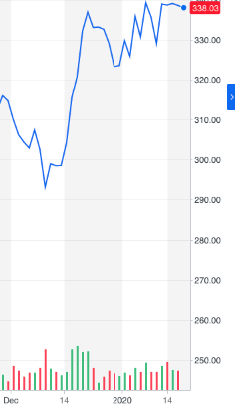 Netflix crying all the way to the bank! Ha ha ha ha ha!

Find out the juicy details behind the mother of all economic collapses, and how its causes changed the laws. Prohibition and The Crash–Cause and Effect in 1929 is available in two languages on Amazon Kindle, each at the cost of a pint of craft beer.