A lot of commotion has been raised about a recent appointee to a socialist bureaucracy in Brazil. The suit got all hissy over Fernanda Montenegro (imagine Brazil’s answer to Helen Mirren or Meryl Streep) posing tied to a stake atop a pile of books ready for burning. In America, the New York Society for the Suppression of Vice PROUDLY depicted its advocacy of book burning and laws banning ALL birth control with ten-year tours on a chain gang and hefty fines in gold–16 years before Hitler was born! The last of those Comstock Laws were overturned in 1973. The hysteria was repeated with Beatles albums after a John Lennon remark about popularity.(link)

What the bureaucrat said:

“Brazilian art will in the next decade be heroic and national–endowed with broadly emotional appeal and likewise imperative in its orientation. This is because our art is deeply bound up with the pressing aspirations of our people. Otherwise it would amount to nothing.”

but do not trouble overmuch with identifying verse and chapter, to whom, where–but the 97% consensus among international socialists is that Alvim must’ve copied whatever Goebbels said. They also claim, and this appears credible, that  he also recited:

“Virtues of faith, loyalty, self-sacrifice and the fight against evil will be raised to the sacred territory of works of art.” 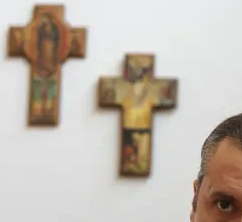 Compare with an image from a recent flap over a Bavarian nationalsocialist politician: 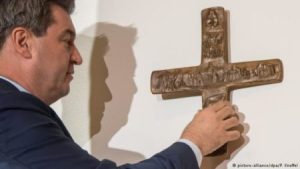 Amid the screeching are unveiled threats that the former media subsidies bureaucrat could be indicted under Law 7716 signed by Sarney. This is nonsense as the law, though bad, says no such thing.(link) It was written back when the entire Brazilian Constitution was hastily rewritten by a consortium of intellectuals of the looter persuasion to harden it against the teachings of Jewish-American author Ayn Rand, and to import the Nixon anti-libertarian law.(link)

As soon as Atlas Shrugged hit the stands in a competent translation, the revamping began, with both events loudly and simultaneously reported on in news media. The Atlas Shrugged manuscript was at Chapter 10 in 1947 when–as National Socialist war criminals convicted at Nuremberg and other venues were hanged–she wrote the Non-Aggression Principle.(link)

Ayn Rand was so opposed to nationalsocialism (which she correctly regarded as a beatific version of communism) that she became obsessed against John F Kennedy for saying that fellow Catholic Hitler contained “the stuff of which legends are made” shortly after demobilization.(link) One suspects Rand admired Herbert Hoover (who helped Hitler to power) for agreeing with the Senate to not diplomatically recognize Soviet Russia, and hated the FDR Administration for reversing that policy.(link) Whatever the reason, Rand fired Random House after they refused to publish The Fascist New Frontier. The hit piece highlights altruistic ideas common to the Democrats and National Socialists. My own version, Republican National Socialism, does the exact same thing to the Republican Party.(link) 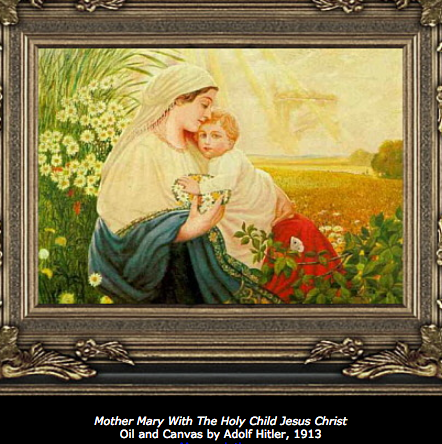 Leonard Peikoff expanded on how nationalsocialism enshrined altruism, but was less forthcoming regarding Hitler’s enthusiasm for Christianity.(link) This is understandable. George Orwell remarked that nobody dared accurately define fascism because:

“To say why would take too long, but basically it is because it is impossible to define Fascism satisfactorily without making admissions which neither the Fascists themselves, nor the Conservatives, nor Socialists of any colour, are willing to make.” –Orwell, What is Fascism? 1944 (link)

Bottom line: The U.S. and Brazilian kleptocracies, like those of Western Europe and all of Latin America, are woven of the same warp and weft as German National Socialism, Italian and Spanish Fascism and all other variants of communo-fascist socialism. The weft of the fabric is vertical bundled collectivism represented by fascia, and its warp is mystical altruism as set forth in the Beatitudes and repackaged in Howells’ “A Traveler from Altruria” (1892-3) and Bellamy’s “Equality” (1897, the cover of an early edition was illustrated with an unmistakable N+S swastika).

It is far more likely that a South American caudillo-style bureaucrat in charge of making Jesus Grate Again would remake a line out of Goebbels by simply thinking the same way. After all, the opposition Workers Party (Arbeiterpartei) they defeated also thinks exactly the same way, only with less mystical religiosity. Brazilian Workers’ Party propaganda sounds like Marx, Jack London, Emma Goldman and every communist anarchist since the 1850s–yet they deny any similarity with communism.

The current Brazilian Social Liberal Party seeks to distance itself from Christian National Socialism simply by not reading up on it. Predatory, force-initiating altruist collectivism is a small, self-reinforcing, echo-chamber of self-deception–a Venn diagram circle occupied entirely by lay and Christian altruists seeking government coercion. There isn’t a dime’s worth of difference between the two variants–not to anyone who isn’t one or the other. Fortunately, a growing number of people reject both versions of parasitical dictatorship.

In other words Brazilian and U.S. communists and fascists spout the same gibberish not because they read and copied Marx, Hitler, Goebbels, Goldman, but because they are incapable of thinking any other way. No NSDAP Program translated into Brazilian Portuguese even existed three years ago, so native listeners had no access to facts.