Spoiler vote evolution in action: prohibitionists, socialists, averaging 2% of the vote. Votes above the horizontal line covered the gap between parties gaining and losing a hand in the till. Tall bars that did not cover the gap still exert great pressure for change on entrenched parties.

Evolution is a process whereby DNA-based living things adapt themselves to reality in order to survive. Failure to deal with the facts of reality results in increased attrition, that is, death rate. Political systems evolve similarly. A century ago dead monarchies were washing ashore, replaced by democracies or dictatorships relying on a modified form of brainwashing and coercion. The Federalist Party went extinct, its niche occupied by the Whig, then by red Republican partisans. None of this happened overnight, but the 1st World War sped up the process. The 2nd raised the potential cost of aggression to levels that voters realize they cannot afford. The initiation of force now entails risk of retaliation with nuclear and biological weapons.

The logistical replacement curve above shows that voters are increasingly aware of this risk and acting to reduce it. Looter parties are also aware of this shift, and increasingly meddle with elections through subsidies, voter suppression, gerrymandering, intimidation, propaganda, character and actual assassination, trumped-up charges, infiltrators, agents provocateur, tarbrushing, sabotage, arson and violence–and not just in the United States.

Since our own War Between the States, small looter parties fattened on Marx, Bellamy, Howells, London and less literate but still active communist anarchists. The constitution was mutated by artificial selection favoring the initiation of force, resulting in the Income Tax, Prohibition and direct Senate election amendments.

From 1868 to 1968 there was not a single party dedicated to the increase of freedom. All of them sought to maximize coercion–especially the seizure of other people’s goods. Young men had to choose between exile, prison or meddling as foreign murderers. Plant leaves were good for a prison term and forfeiture of assets. American women were conscripted in a eugenic War Against “Race Suicide”–the sort of law even Catholic Ireland has since repealed. 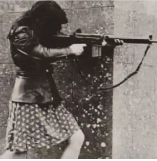 All that changed when the Libertarian Party platform earned a ten thousandth of half the vote, and with one electoral vote assisted the Supreme Court in the defense of the individual rights of women. For the past 48 years voters have increasingly realized they can vote for individual rights for women without endorsing communism. Voters can reject entangling alliances and transfer payments from producers to non-producers without endorsing fascism. It is now possible to vote for economic freedom without attacking individual rights, and vice-versa.

We got 4 million presidential votes in 2016, up 328%, plus a similar number of votes in down-ballot State and county elections won by several of our candidates. A clout-wielding, law-changing Libertarian spoiler vote is never wasted. A vote for the Kleptocracy is a ballot wasted as 0.00000007% of the votes endorsing increased coercion, violence, war, debt, imprisonment, shooting of youth over plant leaves, torture of Americans abroad, and menacing of doctors who offer birth control. Your libertarian vote packs about 20 times the law-changing clout, and changes the laws to favor freedom, not add coercion.(link)

One thought on “Spoiler Votes: Evolution in action”