Beer was a felony, and Herbert Hoover was sworn to use federal agents to enforce the Women’s Christian Temperance Union’s war on getting high. The Methodist Board of Temperance, Prohibition and Public Morals declared all police shootings justified, with total immunity for the dry killers. The Liberal Party was formed by Pittsburgh Pennsylvania businessmen to run Thomas W. Phillips for governor on a platform to repeal prohibition. Socialist candidates avoided discussing prohibition, calling it a “red herring.” See Socialist Head Hails Cleanup.(link)

The idea was to eliminate a wishy-washy “moist” Republican named Francis Shunk Brown, and nominate Gifford Pinchot–a fanatical dry who even censored beer and hip flask scenes from movies at local theaters. Stage two of the plan was to defeat the hated Pinchot in an up-or-down vote on Prohibition.(link) The second stage called for throwing Liberal Party support to defeat dry bigot Pinchot and elect the proudly wet Democrat John Hemphill. This is the classic third-party chessboard maneuvering the looter kleptocracy fears most.(link)

Phillips’ candidacy eliminated the spineless Brown. There followed a race in which Republican Gifford Pinchot beat Democrat Hemphill by 5% thanks to a last minute patronage agreement with the Pittsburgh soft machine. This maneuver mooted the 366,572 votes, or 15% of the total, cast by Phillips’ Liberal supporters for Hemphill, the only Democrat the Liberal Party endorsed. The same paper elided mention of Phillips, and misnamed the Liberal Party the Liberay Party after the election.(link) 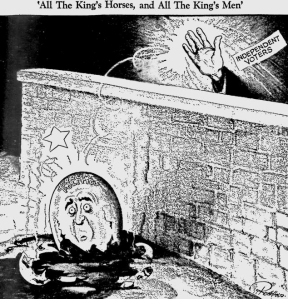 That edition also mentioned the “almost forgotten Prohibition party” at the bottom of page 2.(link) One year later Herbert Hoover would be tossed out of office after every bank in the nation closed its doors, with the Dems winning the first of five consecutive elections. The Party of Principle seen its chances and took them to rid the nation of the primary cause of the Great Depression. The other causes, plant leaf prohibition and the individual income tax, are only now nearing repeal thanks to the Libertarian Party’s spoiler vote clout. 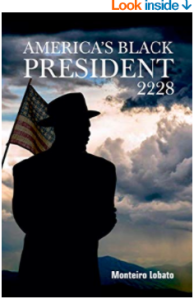