As you read this, infiltrators are adding planks to nullify biology, inviting child molesters into both children’s bathrooms, declaring girl-bulliers act “in good faith,” package-dealing “free trade” and “migration” to again invite uninspected entry of infected cattle, foreign agents and biological weapons into These States, abolishing your copyrights, elevating “desire” over the constitutional provisions for defense, replacing the functions of government plank with an endorsement of communist anarchism (a state of war), removing national defense from international affairs, meddling in the territories plank, and converting the self-determination plank into a Dixiecrat endorsement of secession that failed when Jackson was President. (link)

Compare that to the Original Libertarian Party Platform (link)

Every communist and  fascist dictatorship, every caudillo junta, Boss-run soft machine, woman-stoning monarchy, entrenched looter party, religious inquisition and government-run gang of extortionists is threatened in its power by the very existence of the twenty-odd libertarian parties now thriving.  These People’s States have at their service tax revenue and property extorted from most of the world’s population. They would be foolish indeed to sit still and let libertarian principles circulate freely to undermine via democracy the coercive mechanisms set in place by millions of murders over thousands of years.

The day the LP formed, Nixon’s Congress enacted the Anti-Libertarian Entrenched Kleptocracy subsidies law.(link) The story they tell is on the tax form you are compelled to fill out, where it says “This will not increase your taxes.” It in fact increases their taxes, the ones taken from you. Richard Nixon, Mr. Military-Industrial Complex, moved just as quickly as when he boarded the plane leaving Dallas while JFK was being pronounced dead at Parkland Hospital. These people are professionals, keenly aware of competition and unrestrained by any ethical principles. Are you going to let their puppets write our planks and remove our ability to secure spoiler votes and thus cause the repeal of bad laws?

Here is what the 2016 platform brought us, nearly four times the number of votes as when infiltrators wrote planks and antichoice mystics made us look like fools:

The 2016 platform, whatever its faults compared to the original, is not broken and needs no fixing. With (finally!) a pro-choice candidate it brought us as many presidential votes as Patrick Henry’s entire State of Virginia, and another 8 million or so in the down-ballot races. This fits a replacement curve increasing at 80% per year.

LP votes on the 2016 platform covered the gap in 13 states casting 127 electoral votes in an election in which Trump beat Hillary by 77 votes. The LP skewed the election by 65% more than the votes that ultimately decided it. Of course the Kleptocracy is desperate to make our platform reek in the nostrils of all honest voters, and its infiltrated agents are working toward exactly that. 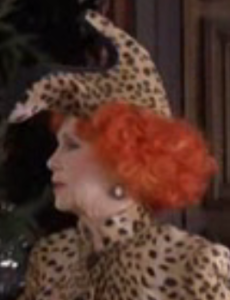 Learn how republican Herbert Hoover used the IRS to swat beer, and crushed the U.S. economy instead. Prohibition and The Crash–Cause and Effect in 1929, is live at Amazon Kindle for the price of a pint.