Now that the communist dictatorship on mainland China has polluted the planet with yet another plague, people huddled in shelters have time for reading–as opposed to the screechings of kleptocracy teevee. One of the most apropos and entertaining novels for the times is The Doomsday Book by Connie Willis.(link) In it you will learn the intimate details of the bubonic plague the Far East exported to Europe and the British Isles back in the good old days before global warming hysteria replaced burning at the stake. The books downloads to any cellphone, tablet or Kindle device without your having to open the door. Due perhaps to this diabolical form of miraculous delivery, the novel lacks the Imprimatur and Nihil Obstat of the Vatican, but it could nevertheless save your life. Herbal Antivirals by Stephen Buhner is also practically relevant to the current crisis.(link)

A scientist-publisher I worked for back in 1982 had me ship out boxloads of Nuclear War Survival Skills by Cresson Kearny.(link) Saboteurs stole the heavy boxes of Golem Press books from the postal system, so I had to fill out insurance claim forms for replacement shipments.(link) Cresson Kearny developed his survival skills during war, famine and pestilence in China, and except for blast waves and fallout, many of the survival skills needed to shelter without the added aggravation of starvation, disease or vitamin deficiency are clearly explained with pictures and arrows.

Pat Frank was the pen name of Harry Hart Frank, author of Alas Babylon, a tale of Eisenhower-Nixon-era nuclear war, when cities were the smallest things bombers could reliably target.(link) Yet much of the aftermath is complicated less by fallout than to the very anarchy communist infiltrators assure us is desirable–just not for them. The rebuilding of civilization without hindrance by a central government is the backdrop for this most interesting and topically relevant story.

A mathematician and an engineer joined forces to write Lucifer’s Hammer, by Larry Niven and Jerry Pournelle.(link) Here the same natural disaster that has befallen Earth many times in the past returns in the form of a comet impact unleashing all four of the Horsemen of the Apocalypse. Survival without supermarkets amid cannibalistic collectivism is a test of human ingenuity that rewards preparedness and familiarity with the facts of scientific reality.

Most of these books were written in an age in which altruist collectivism in its communo-fascist variants–complete with known slavery, famine, death camps, institutionalized torture and disappearance and the initiation of deadly force–was considered preferable to the prevailing mercantilist mixed economy by many organizations and individuals. Among these we still see the Union of Concerned “Scientists,” Physicians for Social “Responsibility” and International Physicians for the Prevention of Nuclear War through Preemptive Surrender to totalitarianism. These vectors, now joined by real-life versions of the State Science Institute in Atlas Shrugged, remain a stench in the nostrils of humankind.(link)

Fallen Angels by Larry Niven, Jerry Pournelle, and Michael Flynn is a book about these myrmidons of messianic martyrdom who even today still seek to ban electricity and appease the gods of Carbon Tax Collectivism by demanding that “we” grovel at the altar of parasitical Pseudoscience.(link) Most of these books are also available in audiobook format. Last but not least… 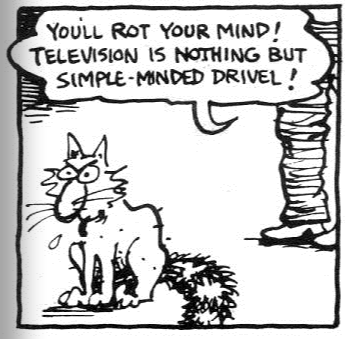 Things we learned in the Sixties…

There was a time when only mystical fanatics with invisible friends got in your face with “knowledge” of horrible disasters to come. Millerites predicted rapture in the 1840s. The fiery bloodbath never came so they changed into 7th-Day Adventists and have learnt to be coy about exactly when the Rapture will smite unbelievers–but it WILL! Before the 1920s, religious fanatics were sure men with service pistols could ward off race suicide, dirty books, venereal disasters and the mass insanity brought about by beer saloons and Sunday baseball. Their 16th and 18th Amendments pushed by the likes of William Jennings Bryan turned out worse than all of the above.

The Soviet Union’s religion was based on invisible Success and Happiness the Faithful would Someday enjoy, and when JFK defeated Nixon it predicted Misanthropic Climate Change (bad weather caused by non-communists bearing arms).(link) By the 1980s this had gotten old enough to merit satirizing. The Church of the Sub-Genius filled its brochures with ghastly predictions:

January 6, 2010 (Newswire.com) – CLEVELAND, Ohio: The Church of the SubGenius has announced that the end of the world will take place on Monday, July 5, 2010. In preparation for the fulfillment of this doomsday prophecy, the Church is requesting that all of its members participate in a bizarre religious ceremony taking place in upstate New York, during the final weekend before the arrival of the apocalypse.(link)

This scooped the failed 2012 End-Of-The-World and icecaps blowing off in a puff of steam as tsunamis wash the snow off of Mount Everest–all of which are way past their use-by dates.(link)

Competing with the Church of the Sub-Genius we now have the more specialized Landover Baptist Church of Freehold, Iowa.(link)

But there have been real disasters in the past (even before communist germ labs and reactor shacks in occupied Ukraine), most of them resulting from pseudoscience-driven prohibitionism acting upon a fractional-reserve banking system. Nobody talks about the tipping point where AML looting crashes the banking system.