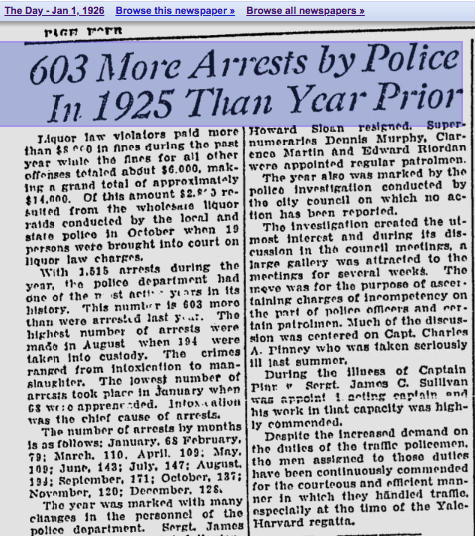 Does this look like financial news? Well it is!(link)

The Evening Day, New London, Connecticut January 1, 1926, page 4, on which an almost new Ford coupe sells for $175, depicts the breakdown of the Gentlemen’s Agreement between prohibition enforcers and a coalition of bootleggers, bankers, sugar & yeast companies and pharmaceutical enterprises. Many of the larger drug companies were at least partly German, at a time when Germany was still a holdout on passing the equivalent of a Volstead Act designed to ban enjoyable drugs. Here is how German stock and money markets behaved during five years shortly after a reparations crisis had reduced the value of the Papier Mark to its weight in cellulose. What was going on here and in Germany?  END_OF_DOCUMENT_TOKEN_TO_BE_REPLACED

America’s third income tax arrived, armed and dangerous, in 1913. Here’s how it was received at the time.
Boston Evening Transcript April 15, 1913
INCOME TAX ABSURDITIES  [From the Baltimore Star Rep.]
No matter what may be the Individual attitude toward the income tax as a simple proposition, the section of the new tariff bill which embodies this employment of a war-time measure in the midst of peace is full of absurdities which, it is to be hoped, will be eliminated before the bill reaches the White House.

The requirement that employers shall withhold from employees the proportion of salaries required to be paid as income tax, and thus become responsible for their employees’ compliance with the law, is open to great objection. It infers (implies) that the employee is not himself sufficiently honest or responsible to take care of his own relation to the taxing power, and thus does serious injustice to a large class of salaried people. The man who is capable of earning as a salaried employee more than $4000 a year is usually a man of principle and responsibility, quite as capable of dealing fairly with the Government as the man who draws his income from stocks and bonds or a personal share in a business.

This human necessity of providing for the investigation of questionable returns shows how much of an invasion of private affairs this tax will allow. Its enforcement will be a source of scandal and annoyance and doubtless of much unfairness. It will encourage evasion and subterfuge and the withdrawal of funds from healthy enterprises to take advantage of the special classes of investment which are exempted. In its train will come many evils of a serious nature. It involves a more serious menace to the party assessing it than any other governmental measure in contemplation. ***

SO what was going on in the world as the US government fastened this vampire tax on citizens?

China–desperate to rid the nation of foreign dumping of poppy sap chemicals–had completely dismantled and replaced its government in 1911, and repercussions fanned outward. Republican President Yuan called the poppy the “all-destroying weed!”  In January of 1912, an election year, Congress overrode President Taft’s veto to make it a federal felony to transport alcoholic beverages into ku-klux-dry territory (as most of the Southern states had enacted prohibition).  Corn Products Refining, flagship of The Glucose Trust–doing for America’s home distillation what the British East India Company did for opium addicts in China–was named in a criminal information in an Illinois district court. A ban on “foreign” alcohol provided protection from competition for corn sugar, the ethanol precursor chemical.

Persia, on signing the Hague Opium Convention, signed with reservations about helping to enforce Chinese opium prohibition. This growing Hague Convention was a direct threat to France, Great Britain, and to the Prussia-Austria-Germany axis refining morphine from opium produced in the Balkans. That entire region was already breaking out in scattered warfare–and a naval arms race between Germany and England gained momentum. Montenegro declared war on the opium-producing Ottoman Empire in the fall, so a global opium war became inevitable. In 1912 an assassin tried to shoot the King of Italy, and another shot and wounded former President Theodore Roosevelt. These things were almost routine.

George Orwell’s father, Richard Walmesley Blair retired to the safety of England after earning promotion to Sub-Deputy Opium Agent, first grade. England had given in to Pressure for the Hague Opium Convention, leaving Germany as the recalcitrant holdout. Germany also manufactured a stimulant, cocaine, which Americans–especially William Jennings Bryan–feared (and Europeans craved) as some sort of sex drug liable to drive down the price of coffee. German pharmaceutical companies were dismayed when–by British suggestion–cocaine was bundled into the Hague Convention as though it had anything in common with opium. Italy pressed for and got the inclusion of Indian hemp drugs. Hemp would only be effectively banned in These States after the legalization of heavily taxed beer and liquor failed to generate enough revenue to satiate the greed of politicians.

Such was the atmosphere as Woodrow Wilson–like T.R. a friend of prohibitionism, also opposed to “private and selfish purposes”–became President. Congress prepared to implement another income tax lifted straight out of the Communist Manifesto of 1848 in anticipation of a global opium war it then knew to be inevitable and imminent.

Get the details in Prohibition and The Crash, on Amazon Kindle. 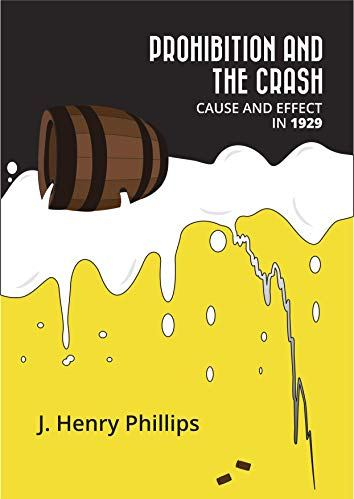 If you favor legalization of safer enjoyable drugs as harm-reducing competition to weaken the black market in addictive narcotics, consider volunteering or making a donation to your friendly neighborhood Libertarian Party.  The LP is as old today as JFK was when gunned down, and our votes change bad laws.