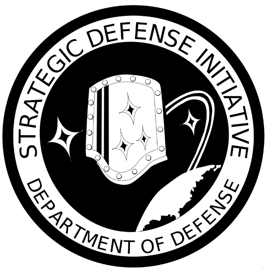 Communist intellectuals instantly snapped this up as the magic meme to counter Reagan’s project for neutralizing incoming ballistic missiles and developing traction for the Surrender Movement. It backfired miserably, and the Prez even commented the “Star Wars” monicker hadn’t been a successful move. Turco, Toon Ackerman Pollock and Sagan produced the TTAPS report.  One computer meddler nobody mentions claimed that no computer code could ever possibly track incoming ICBMs. Edward Teller commented that “Highly speculative theories of worldwide destruction—even the end of life on Earth—used as a call for a particular kind of political action serve neither the good reputation of science nor dispassionate political thought.”  Now, fast forward past the Berlin Wall and Soviet collapse…

The exact same ideology resurrected by many of the same players and NERF-herders is again upon us. Nuclear Winter gave way to the new nickname of Global Warming. The movement was organized in 1992, precisely as the Soviet empire was collapsing like a World Trade Center tower. (e.g. Science Vol 262 pp 1252-1255) The idea this time was to convince Americans that reliable electric power generation was bad–not because it complicated a Soviet nuclear attack–but because human slavery was more natural, eco-friendly and nobly altruistic than those yucky Buckminster Fuller “energy slaves” that converted horsepower into empowerment for a flourishing standard of living. Soviet socialism would be attained at last, but by conditioning and brainwashing, not nuclear brinkmanship. The alternative? Everybody dies!

The watermelon Green party formed and spewed forecasts of national socialist happiness and the spurning of material greed–a chorus picked up by the Union of Communist Scientists and CPUSA.org and imitated everywhere totalitarianism had become entrenched in the 1920s through 1992. Toppling the recalcitrant Democratic party (and girl-groper) via spoiler votes in the y2k election opened the floodgates, but instead of becoming warmer as the Prophets of the New Millerite apocalypse predicted with absolute certainty, temperatures remained constant within measurement error bars.

The prophesy was falsified by physical measurements, and satellite temperatures diverged from tamperable data as of the Y2K election. After 4 years of this the false prophets changed the narrative and began falsifying data to make the past colder and the present warmer. But EVERY momentary shift of ANY kind has since been exploited as a Sign from Heaven as curbside observations,  apocrypha and hearsay increasingly impersonate science.

The 2000 government bureaucrats infesting the IPCC were swamped by over 30,000 real scientists listed with actual degrees whose PetitionProject.org STOPPED ratification of the Kyoto Protocol by the U.S. Senate. Like Millerites after The Great Disappointment, ecological nationalsocialists rebooted. They changed their icon from the Global Warming non-starter to Climate Change. This was the subject of Dr. Michael Crichton’s “State of Fear.”  Just as No Nukes! had shape-shifted to Stop Star Wars!, so Global Warming underwent a makeover into Climate Change.

But as Geologist Ian Plimer of Australia, nonmystical author of Heaven and Earth testifies: “Climate always changes, always has, and always will.”

Look me up if you ever need translations from Latin America, Mozambique or Angola.