Suppose they gave a war on women’s rights and nobody came? The Republican party is trying to stage the experiment. Their platform shrieks–for 6% of its 36,000-word platform–in carpet-biting rage against pregnant women having the same rights as all other individuals.  Since neither Kleptocracy candidate sees fit to point to its own platform, a few samples from the 2016 GOP platform may illustrate the point.

“We support a human life amendment to the Constitution and legislation to make clear that the Fourteenth Amendment’s protections apply to children before birth.”

The Amendment guarantees rights for “All Persons born…” not “All Ova fertilized…” To them, that’s a problem.

“We will not fund or subsidize healthcare that includes abortion coverage.“ 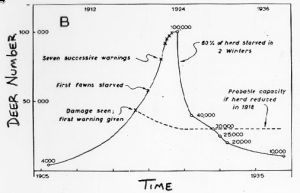 But they have no problem with licensing, subsidizing and protecting doctors who prostitute the medical profession to give the patina of science to prohibitionist ravings, while pushing the cost of medical care out of everyone’s reach. Birth control is both a survival and a law-and-order issue. Forcing women to carry unwanted pregnancies to completion results in a new crime wave nearly two decades after the prohibition. (link)

Repealing abortion laws entirely, as in Canada, results in a drop in actual crime with victims in a similar timeframe (to say nothing of the connection between overpopulation and starvation). Then there is good old coercive prohibitionist asset forfeiture:

“In order to encourage women who face an unplanned pregnancy to choose life, we support legislation that requires financial responsibility for the child be equally borne by both the mother and father upon conception until the child reaches adulthood.“

In other words God’s Own Prohibitionists want to use the violence of law to force women to reproduce to suit mystical fanatics. But that’s OK because they also want to force careless men (or underage boys) to pay child support or go to jail, even if neither biological parent wants to become a parent.

Republicans have the chutzpah to talk of women fleeing abuse, and friends, there really is such a thing. Women are rallying to the banner of a female candidate not at all interested in coercing them to please coercive brutes. Bookies over at Paddypower are charging 6 to 1 odds of people voting for the Dems, and laying nearly similar odds that The Antichoice will continue to lose as it

did in 2000 (but stole the election by vote fraud), 2008, and 2012 mid-terms. The abuse women voters are fleeing is clearly abuse at the hands of ignorant bigots WITHIN THESE STATES, as in 1932. Foreigners are also singled out for abuse, and any cities whose police refuse to join the witchhunt are branded Enemies of the Republican Staat! What kind of party advertises with images of barbed-wire fences for confining humans?

It is true that aside from “letting” women have rights guaranteed by the Constitution and repeatedly upheld by Kleptocracy Courts, the Dems are simply another looter prohibitionist party that wants kids shot or jailed by militarized police over hemp seeds. Both Kleptocracy parties also vow to continue to use asset-forfeiture extortion, treat foreigners like criminals, meddle with deadly force in mystical tribal conflicts on the other side of the planet and use the communist manifesto income tax to further impoverish Americans at gunpoint.

The difference between those two political parties is one of degree, not kind, and is glaringly significant on that one issue. The GO-Pee still have the support of the Wizened Christian Totalitarian Union, but that’s about it as far as women are concerned…

No thanks, “both” Kleptocracy parties. I’ll stick with the LP.org and accept no substitutsky!

Why do refugees flee Statesward? Because the Republican Party’s 1928 Good Neighbor Policy began the exportation of the fanatical prohibitionism that brought on the Crash and left the US economy smoldering in the Great Depression. Prohibition and The Crash–Cause and Effect in 1929, explains how fanatical agents raiding banks in a fractional-reserve monetary structure SHRINK economies here, there and everywhere into black holes of banking panics and liquidity crises. LIVE on Amazon Kindle in 2 languages.