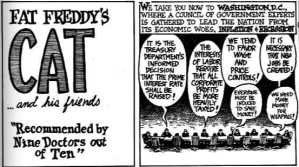 1971 Gerontocracy Politics versus the LP.org

The Don is 73, Biden (Harry Anslinger 2.0) is now the 77 Trump will attain if he makes it another four years. Bernie (Edward Bellamy 2.0) at age 78 has only one ideological peer, and that is AOC (Lolita Lebrón 2.0)–49 years younger.(link) Ronald Reagan was a mere child of 70 summers when elected, but was already having dotage problems before leaving office.

All the Libertarian party need do is find another pro-choice nominee with a life expectancy greater than zero who has read and agreed with the platform. With that we would for the first time ever have a chance at what suckers and vidiots refer to as “winning.”(link). Robert Dear is not that nominee, and neither is Ron Paul, little Randall or Justin Amash; all are sworn enemies of individual rights for women like Ceausescu and legacy Old World mullahs, pontiffs and Ottoman kings. We want someone more like John Hospers and Toni Nathan.(link) 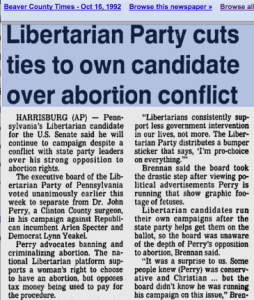 3 out of 4 Libertarians AREN’T WOMEN thanks to race suicide collectivist infiltrators tarbrushing our party from within!

To the looter gerontocracy, “winning” means getting your candidate to dodder past the electoral college finish line so your party gets a gun in one hand and a hand in the till. To a libertarian activist, winning is using spoiler votes to cause looter antagonists to–in desperation–repeal cruel laws and lower taxes. The kleptocrats do these things in hopes of surviving a race in which Libertarian voters cover the gap between two wheezing, senile liars. Your libertarian vote is highly-leveraged currency with which you may buy back freedom or repeal coercion. Either way you look at it, you win. (link) 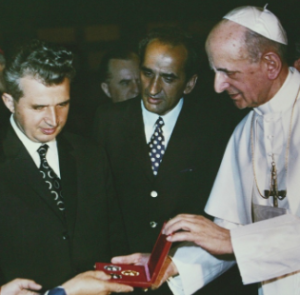 What Irish Voters Repealed by 2/3 majority

There is precedent for the noble experiment of gerontocracy. When Herbert Hoover was elected President, one of his “Good Neighbor” prohibitionist wet-your-whistle stops was the People’s State of Argentina. On April Fool’s Day of 1928 those idealistic voters elected Hipólito Irigoyen to a second non-consecutive term, per the example of Grover Cleveland. But Cleveland was only 56 at his second Inauguration in 1893. Argentina since 1928 or 2020 is hardly an example of freedom or economic success.(link)

By December of 1929 Herb Hoover was anxiously congratulating Argentina’s First Senior Citizen for surviving an assassination attempt at age 77. Irigoyen was inaugurated almost six months after the election, and actually held office until deposed in a caudillo-style military coup. His term in office lasted nearly two years. Nobody remembers him or the junta caudillo who took his place. Argentina has but small reputation as a hotbed of intellectual libertarianism.(link) Libertarian parties only exist in the freest countries, like the USA. (link)

Never has there been a more opportune time for U.S. voters to grow some backbone and vote for the future of freedom, rather than throw away law changing spoiler votes for a mess of dotage.(link) Judge Rehnquist was the Nixon appointee who followed George Wallace’s spoiler votes to the point of voting against Roe v. Wade. He dropped in the traces at 81, way more confused than today’s Joe Biden. John F. Kennedy, coke-sniffing, joint-smoking, peace-loving acidhead bent on “a world of law and free choice, banishing the world of war and coercion,” was elected president at age 43. 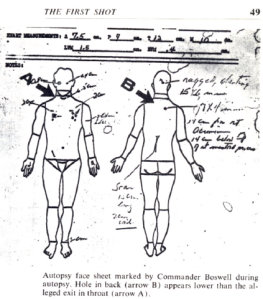 JFK was shot from ground level ahead; Connally from 6 floors up

Kennedy’s murder, performed by three gunmen orchestrated by Republican and Dixiecrat nurturers of a world of war and coercion, passed that torch to a new generation. Eight years after that coup, the Libertarian Party was formed as Nixon signed into law government subsidies for entrenched, decrepit and violent soft machines.  Our first candidates, John Hospers–born one year later than JFK–and Toni Nathan, moved our women’s rights plank into the Roe v Wade decision. It took the communist party another eight years to copy the LP and offer Angela Davis as veep on a platform to abolish individual rights. The Dems copied them four years later. 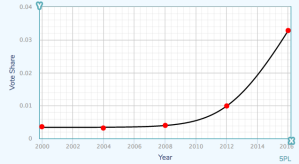 This is an opportunity not to be missed. But it is better not to have a candidate than to let another religious fanatic infiltrator announce to women everywhere that the LP seeks to bully and coerce them. Leave that to the Republicans, Dixiecrats, Tea-totalitarians Middle-Eastern monarchies and Old World fascism. Even in Ireland 2/3 of voters decided women, not the papacy, are the individuals with rights. (link) 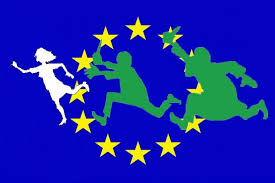