Mr. BIDEN:… On the supply side, this package provides for stronger new penalties for most drug-related crimes, including mandatory minimum penalties for the kingpins of the drug syndicates and for those who sell their poisons to our children. In addition, this package contains provisions aimed at striking at the financial underpinnings of organized crime and drug trafficking syndicates, through the use of forfeiture of substitute assets provisions and a new crime against money laundering, both of which will assist law enforcement agencies in seizing the proceeds of drug traffickers.

Finally, in regards to domestic law enforcement, $115 million is provided to directly assist State and local law enforcement agencies for drug law enforcement. Most of the fight against drug traffickers is waged, not by the federal government, but by State and local agencies who are all-to-often out manned and out gunned by the drug dealers and smugglers. These moneys will provide desperately needed funds to such agencies to assist in their efforts.

In addition to combating drug trafficking in the streets of our cities and communities, we must also stem the flow of drugs across our borders. This bill increases by one-third the current level of funding for interdiction at the border, including additional personnel and equipment for the Coast Guard and the Customs Service. Moreover, this bill assigns Coast Guard law enforcement teams to Navy ships to bring the Department of Defense more actively into the fight against drug trafficking.

This legislation also provides for supply reduction efforts on the international side of the drug control equation. Almost $75 million is provided for additional crop eradication and substitution programs, including funds for operations like that conducted recently in Bolivia, where the cocaine processing networks have been significantly disrupted.

In addition, this legislation revamps present law governing foreign assistance, favorable U.S. votes and multilateral development banks, and generalized system of preferences tariff benefits to narcotic producing and narcotic transit countries. Under these provisions, benefits will be denied all major illicit drug producing countries, unless the President certifies each year that the country is cooperating fully with the United States in combating narcotics production, trafficking, and narcotics money laundering. This combination of increased assistance and narcotics-related sanctions will provide important new incentives for drug producing countries to cooperate fully with the United States and clearly focus our foreign-policy efforts to decrease the supply and distribution of drugs and the international community. /Biden

This law became effective 90 days (one quarter) after it was passed. Federal financial bureaucracies define a recession as a decline in GNP over the space of two successive quarters. So this prohibitionist drug law passed and was signed by Reagan October 27, 1986 and only after another three quarters, on August 27, 1987, would any federal notice be taken of its prompt economic effect.

The Federal Reserve Board met August 18, 1987 and on August 22 Dow Jones Industrials stood at 2700 (up 40%, with commercial real estate a froth–according to Greenspan). On September 10, 1987, came Reagan’s White House Conference for a Drug-Free America, and the following day all VA employees had to take drug tests or be fired. Less than two weeks later, NYT headlines blared: BIDEN BLAMES FAULTY MEMORY FOR STATEMENTS.

Hearings were held October 27, 1987 on Federal Anti-Drug Abuse Policies featuring Audits and Coast Guard personnel. The previous day the DJIA fell another 8%. These events are similar to what happened in 1929 when beer, not cocaine, was the addictive narcotic. The George Waffen Bush crash in 2008 also occurred in a frenzy of prohibitionist asset forfeiture. Buy my book, Prohibition and The Crash and get the inside story on how confiscation weakens a fractional reserve banking system.

This is your 12th chance to vote Libertarian or sanction additional coercion. Which will it be? 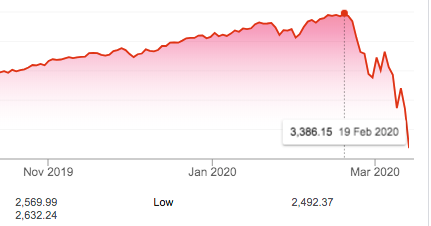 FATF Week in Paris… Why the Market Crash?

Who makes decisions about financial intervention and World Health?

According to WHO (The World Health Organization), contributions from the U.S. government, American citizens, and U.S.-based charities make up 76% of all voluntary contributions to the organization. That amounted to $945.6 million from 2016 to 2017.

This is pretty close to what Tucker, the narrator over at Fox News has to say.(link) His story checks out. In fact just about everything national socialist “conservatives” say about international socialist “progressives” (and vice-versa) is as close as either gang ever comes to saying anything true. The puppet FOX claims the Chinese dictatorship has propped up at the WHO (who send men with guns to shoot and jail kids because of plant leaves) is clearly pathetic.(link) But to the Chinese dictatorship he’s “our” pathetic stooge. Who else does Red China have shaping policy?

Prohibitionists routinely cause financial collapses via asset forfeiture enactments, and when they do, the Republican Party they infiltrate and poison loses several successive presidential elections. China noticed this weakness. This latest crash came during FATF Week in Paris.(link) These bureaucrats design the deliberate looting of bank accounts, and crash economies as in 2008, and cause flash crashes.(link)

As soon as the latest FATF Crash needed to be explained away, subsidized media rushed into print with the 3-month-old communist lab virus no longer profitable to ignore. The FATF Week meeting was covered in Pakistani and Iranian media–and few other journalistic news outlets.

The U.S. President ought to investigate FATF and declaw it. Charging the communists reparations for their germ lab accident could be an additional step. The simplest method would be to use the asset-forfeiture FATF itself recommends to seize the Treasury Bills in Chinese communist hands. What better way to combat terrorism?

When it comes to votes, either way, this crash and depression will arguably benefit the Libertarian Party, just as the 2008 Bush FATF crash helped us increase our vote share by 328% from 2008 to 2016. While the economy was recovering from the previous asset-forfeiture crash, medieval prohibitionism of plant leaves and contraception could be overlooked. But prohibitionism is the weakness in America’s mixed economy totalitarians have learned to exploit. 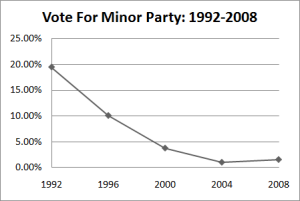 LP votes AFTER the 2008 asset-forfeiture Crash!