Result of the Nixon anti-libertarian law

Like the Unabomber, Patrick the El Paso shooter wrote a manifesto. The Unabomber manifesto helped identify and arrest the violent anarchist. The El Paso amok’s confession includes Ecological National Socialist declarations of altruistic (not personal) motives in defense of the environment, and against being assimilated by foreigners. The thing even drips Dixiecrat eugenicist preaching agin’ shameless race mixers, oozes altruism, racial collectivism, and appeals to the initiation of force. Why? Because “we” need welfare, universal health care, and because racial mixing is SELFISH!

Republican President Theodore Roosevelt’s 1903 letter against “race suicide” (women practicing birth control) set the stage on paranoid racial collectivism when Adolf Hitler was an impressionable 14-year-old. Roosevelt 5 years earlier fired live ammo at Hispanics in Cuba, where he was resented as an invading foreigner. Hitler’s 1920 platform is a rich source of material for G.O.P. planks.

Democratic politicians and media groupies quote Patrick’s immigration rants with whoops of joy, but their silence on his econazi manifestations is as deafening as the vacuum of space. Quoting Al Gore for his title, under ECONOMIC REASONS the berserker praises “The Lorax“, claims “Water sheds… are being depleted. Fresh water is being polluted from farming and oil drilling operations” and bemoans “unnecessary plastic waste and electronic waste” and a shortage of “recycling”(!)

Under POLITICAL REASONS, this troubled son of a coddling psychologist mimics the Unabomber’s “centrist” stance as if channel surfing between Fox News and CNN. “The Inconvenient Truth is that… Democrat AND Republican, have been failing us…”  Patrick expressly fears “the Democrat party will own America,” ignoring the fact that the Dems LOSE every election by promising to tax the air we breathe and ban electric power the way Republicans try to ban plant leaves and birth control. Dems win after God’s Own Prohibitionists shatter the economy. This was so in 1932, 1992, and 2008.

I’d lay odds this initiation-of-force manifester has never heard of the Libertarian party, much less knows how libertarian spoiler votes have efficiently repealed bad laws since 1972. Thanks to Richard Nixon’s use of the IRS as a mechanism paying the media to ignore the LP, teevee-inculcated youngsters haven’t a clue there exists an effective mechanism for peaceful change that begins by choosing the new party on the ballot or by signing:

I certify that I oppose the initiation of force to achieve political or social goals.

Find out how Temperance Pledge prohibitionists wrecked the U.S. economy in Prohibition and The Crash–Cause and Effect in 1929. Live on Amazon Kindle for the price of a pint. 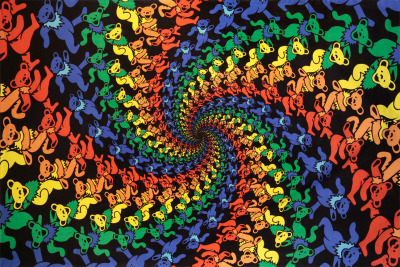 Jerry Garcia of the San Francisco Grateful Dead was opposed to choosing between evils. Garcia commented in 1984 that he was “as afraid of Mondale as… of Reagan” and lamented that “a third way” had nearly come about. Jerry Garcia only voted once in his life. But musicians, like movie actors, typically have no clear idea what government is or how elections work–it’s not their job. Very few people understand the law-changing clout delivered by spoiler votes.

Both Kleptocracy parties are run by platform committees made up entirely of lobbyists. These lobbyists are as clueless as rock musicians when it comes to the real purpose of a legitimate government. They simply peddle coercion to the highest bidder, and pump up the fear of similar coercion threatened by their collectivist competitors. Because the current Kleptocracy has evolved over the last 158 years to pander to the same pool of voters, its two factions have to be nearly identical–differing only in one or two crucial and potentially deliverable platform planks.

When an outside party forms to challenge the cartel, shills and tarbrushers attack by ignoring the competing platform. Instead, they name-call any individual candidates offering the American voter an opportunity to exercise integrity. “Spoilers!” they say.

The truth, however, is that lobbyists got the Republican Party to betray the American people with coathanger abortion planks in partisan huffery against the Libertarian-written Roe v Wade decision, adding planks ordering men with guns to shoot our kids over plant leaves. The GOP’s Holy War bombing and invasion of Ottoman sheikdoms were guaranteed to bring hijackers flying into U.S. civilian buildings.  These platform lobbyists–not voters or candidates–are the spoilers. They have turned the Republican party into a machine for wholesale violation of individual rights and a land-mine for financial collapse. Spoiling–like shifting the blame for one’s own cupidity—is an inside job.

The Democratic party, which relies heavily on altruist collectivism amounting to government in the role of surrogate parent or deity, lost badly in 2016 and barely held on in 2018. Their failure is primarily because of soiled platform declarations based on pseudoscience and Goracular documendacities. Doomsday weather nonsense is Soviet propaganda left over from 1960, happily demolished by a look at unvarnished (not GISS, which isn’t even internally consistent) weather data.

Get the complete story in Prohibition and The Crash on Amazon Kindle in either of two languages. After this you’ll be able to explain to economists exactly how pseudoscience, fanaticism and loss of freedom wrecked the U.S. economy.