Four years ago a woman came within 80,000 votes of winning the presidential election according to Vanity Fair.(link)

Today two males representing looter prohibitionist parties are asking for your vote. Your vote for Trump or Biden’s platforms will keep police looking for ways to shoot your child using plant leaves as an excuse. Should the child survive, that will mean the addition of another victimless person to the world’s largest prison system. Both legacy parties are cruel, dishonest and violent. Thanks to the Libertarian Party may choose between the old coercive kleptocracy and a new dawn–not being bullied at gunpoint. 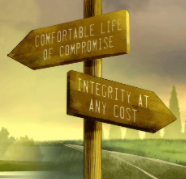 The Democratic and Republican parties are about the initiation of force. Any murders, no matter how heinous or cowardly, they will again write of as the price “we” must pay for eugenics, or climate pseudoscience, or the worship of their invisible friends, or some imagined conspiracy by selfish egoists. I say again because this happened before already.(link)

From 1938 to May of 1945, Christian National Socialist Germany systematically disarmed, arrested, enslaved and exterminated millions of Jews on the Eugenic theory that they were born selfish, whereas Christians are born altruists, and the world had to be made safe for altruism. This is still the ideology of the Republican Party.(link)

From 1919 through the 1930s, Soviet communists systematically enslaved and mass-murdered Ukraine farmers to steal their grain. The pretext was that they were selfishly hoarding seed grain from the glorious altruist revolution that just accidentally left everyone but party officials in starvation and pestilence. This is the ideology of the Democratic Party.(link)

Cowards casting votes for either gang of violent looters will of course see these charges not as falsehoods, but as exaggeration or too bluntly put. Republicans will argue that only a few teenagers are murdered by the looter police or coathanger abortions they insist on perpetuating. Dems will likewise claim that all criticism of socialist regimes are lies, fake news, and that even if the Russian, Chinese, Vietnamese, East German, Romanian, Cuban, Angolan and Guyana communists hosted “a few” mass murders, their altruistic motives plainly justified those actions.(link)

Republicans agree with Hitler in Gemeinnutz vor Eigennutz (the Greater Good before the Individual Good) in the interest of “Positive Christianity,” and Mussolini’s Credere, Obbedire, Combattere. Democrats nowadays agree with nationalsocialists that altruistic motives justify the initiation of force, but that “the” other party “isn’t really” altruistic in its sacrifice of individuals on the altar of prohibitionist purity or in the war on race suicide.(link) 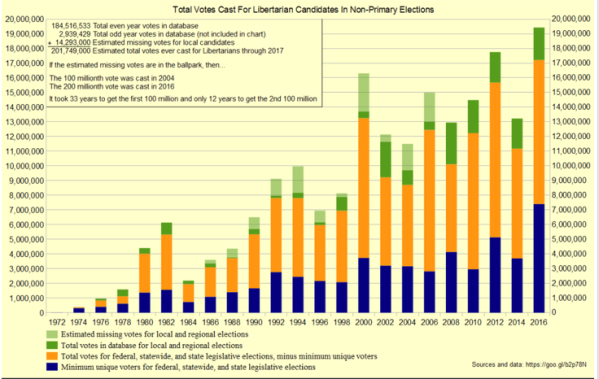 By merely LISTENING to what Jo Jorgensen has to say you undermine the power of these bloated entrenched kleptocracy forces–with their secret police and no-knock warrants–to confiscate everything you own for no reason. Well over 4 million libertarian spoiler votes upset China’s plans to have the Dems ban electrical power.  Nineteen million votes from municipal races to federal office were cast in support of the Libertarian Platform. Does spoiler voting work? Seen any draft cards lately? So yeah, let her speak!