Every European country that 80 years ago welcomed liberation from greed by Christian National Socialist altruism is again raising the banner of government control over trade and production with pseudoscience reinforced with child corn. No less corny than Soviet propaganda exploiting youths in their twenties, today’s creepy Econazi propaganda again focusses on children below the age of consent. 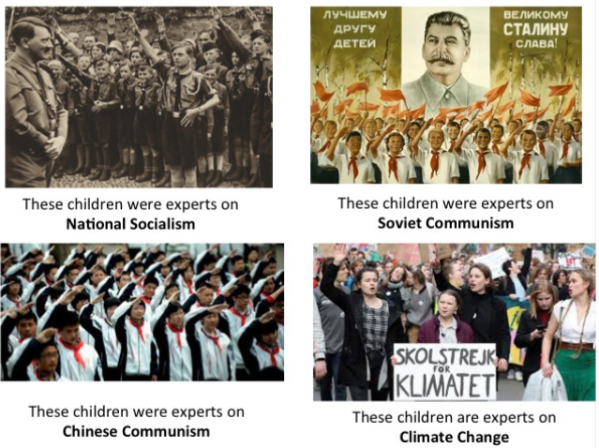 Energy in wartime is a primary target. The hidden persuaders brainwashing children with fear of imaginary hobgoblins are continuing warfare to replace freedom with coercion by other means. The main reason this is working is because Republican partisans are loudly defending the generation of electric power while at the same time shooting and jailing youth to force them to pay beverage excise taxes instead of enjoying plant leaf products. With friends like Dixiecrat mystical fanatics eager to coerce women of childbearing age, who needs enemies? Here is the face of the Republican party at age 165.

Republicans began as a Platonist communist movement which later joined forces with movements against chattel slavery. Uncle Tom’s Cabin featured Red Republicanism in a walk-on role in opposition to Southern policies of “Christianizing” captured Africans with a whip. Meanwhile, British and French marines were attacking imperial Chinese shorelines and rivers while Taeping Christian converts massacred from within–to dump Indian and Vietnamese opium at prices inflated by China’s ban on native cultivation. American Civil War massacres over the incompatibility of protective tariffs and colonial-style slaveholding occurred in parallel. British capital, formerly invested in American bonds, was withdrawn and shifted to finance naval attacks on China, and land warfare in India and Afghanistan in the gradual buildup to mutinies, Boxer Revolt, Republican rebellion and WWI.

Christian populists and prohibitionists saddled the nation with economy-wrecking income tax and prohibition amendments, then split. William Jennings Bryan’s ku-klux populists and drys took over the Republican party and Bellamy-Howells communists hung their feedbag of spoiler votes on the Dems. Herbert Hoover enforcement wrecked the economy and no Republicans won the top offices until after the Korean entanglement, when Nixon became vice-President and hydrogen bombs appeared in military parades.

The face of ignorant superstition in America

After JFK was shot, Republicans exploited Southern children celebrating a reprieve from forced busing. A racial collectivist Dixiecrat movement split off from the Solid South to follow George Wallace, then switch allegiance to the G.O.P. once Wallace was crippled and Bobby Kennedy killed by gunfire.  Bombs rained down on Vietnam, in a religious war between native Asian religions and idolatrous French drug producers–at least that’s the war THEY had been fighting a century prior to U.S. meddling.

Since that time, fanatical prohibitionists have struggled to restore the intolerant theocracy of 1928 and restore Reconstruction-era Comstock laws keeping women in their place by fines and imprisonment backed by threat of deadly force. In an age of biological and nuclear weaponry, surely humanity has outgrown pseudoscience and superstition as pretexts for the initiation of force. Race-suicide eugenicist pseudoscience currently warring with imaginary global warming fear-mongering have taken science and freedom out of the picture entirely as far as old and senile kleptocracy parties are concerned. Yet those parties’ appeals to the violence of law can only endanger bystanders through their neighborhood effects. Foremost among these are the reactions of women coerced as racial breeders, and the children and grandchildren of Woodstock Nation who are fed up with being shot and jailed. 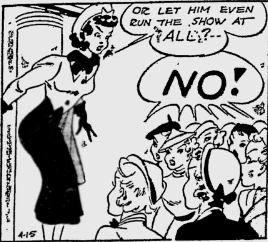 The law-changing message till-tapping kleptocrats understand is third-party spoiler votes. Communist and fascist party spoiler votes steered us into today’s mess. Anti-violence libertarian spoiler votes can steer us back out and restore Constitutional Democracy protected by the Bill of Rights. All it takes is for you to forsake fear. Voting Libertarian is hedging against violence in the same leveraged way that financial derivatives contracts are a hedge against losses caused by the sort of price swings that violence begets. Voting with integrity to make office-seekers mindful of what you value is your highly-leveraged investment in the replacement of coercion by freedom.

For an analysis of how mystical prohibitionism wrecked the economy and helped National Socialism gain control of Germany, see Prohibition and The Crash, LIVE on Amazon Kindle and readable on most cellphones in either language for the cost of a pint.