The Nullification Crisis of 1832-33 involved state secession and use of force to repel attempts to collect federal customs tariffs. Nullification acquired a different shade of meaning even before the Supreme Court’s Dred Scott decision soon extended the reach of the Fugitive Slave Law north to the Canadian border. By 1860 Southern conservatives were complacently decrying “Nullification”–by which they meant the creation of sanctuary cities where slaves could hide.  Local authorities in the North worked only to enforce local and state laws–not to help persecute runaway slaves under odious federal jurisprudence. 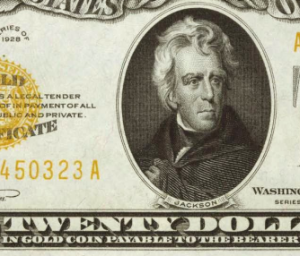 So why do government school history professors stand by and let charlatans convince the innocent that the Civil War was caused by racial collectivism? Andrew Jackson again addressed the Congress, in January 1833, regarding South Carolina’s virtual secession via a bill outlawing US customs from collecting Tariffs of Abominations.

That State Legislature first passed “An act to carry into effect, in part, an ordinance to nullify certain acts of the Congress of the United States purporting to be laws laying duties on the importation of foreign commodities,” passed in convention of this State, at Columbia, on the 24th November, 1832. The next was called “An act to provide for the security and protection of the people of the State of South Carolina.” It then passed “An act concerning the oath required by the ordinance passed in convention at Columbia on the 24th of November, 1832.” This last was an oath rejecting federal power in favor of state laws and courts. Jackson explained:

But by making it ” unlawful for any of the constituted authorities, whether of the United States or of the State, to enforce the laws for the payment of duties, and declaring that all judicial proceedings which shall be hereafter had in affirmance of the contracts made with purpose to secure the duties imposed by the said acts are and shall be held utterly null and void,” she has in effect abrogated the judicial tribunals within her limits in this respect, has virtually denied the United States access to the courts established by their own laws, and declared it unlawful for the judges to discharge those duties which they are sworn to perform.

One federal customs house was moved from Charleston to Castle Pinckney as a “precaution,” and trusted customs agents who quit in fear could not be replaced, such was the nearness of armed confrontation.  Jackson spoke of the potential for military violence:

…the power of summoning the posse comitatus will compel, under the penalty of fine and imprisonment, every man over the age of 15, and able to travel, to turn out at the call of the sheriff, and with such weapons as may be necessary; and it may justify beating, and even killing, such as may resist. The use of the Posse comitatus is therefore a direct application of force, and can not be otherwise regarded than as the employment of the whole militia force of the county, and in an equally efficient form under a different name.

Jackson made it clear that federal troops would put down the insurrection unless Congress, the courts and the Carolina legislature acted to head off the danger. This they did by lowering the “Tariff of Abominations” that had sparked the reaction. Still, all hope of stopping “protective” tariff extortion within the system was doomed thanks to Jackson’s defusing of the situation.  Colonial “Acts of Navigation” had necessitated the 1st Revolution in 1776. This revolt led Lord Dunmore to issue an Emancipation Proclamation calling slaves to arms in exchange for freedom long before Lincoln’s similar proclamation.

The Opium Wars in which Great Britain attacked Chinese cities to force repeal of the Chinese government’s ban on opium grown in British India came to resumed naval artillery attacks in 1859. At the outset of these wars, in 1837, Britain had withdrawn capital invested in the United States to gird its navy for war. The resulting contraction of capital caused America’s First Great Depression, but to this day it is inexpedient and impolite to even mention this Chinese connection.

China was again defeated and a tariff on opium imports was enacted there in January 1860 to pay reparations to her attackers. Despite professed neutrality, the US also landed military forces in China. Cause had again produced effect. Thus, in a failing economy, the Morrill protective tariff was soon being assembled in Congress. It was reported in March 1860, passed on May 10, then went dormant.

The South reacted and by September the Secretary of War had quietly facilitated southern seizure of federal weapons and facilities. After the mild and Whiggish Lincoln was elected, with three months to go before taking office, Texans raided armories and commandeered revenue ships, sparking tariff revolt elsewhere.  Capital flight and foreign adventures had wrecked the economy, and the Secretary of the Treasury resigned December 10.

South Carolina seized a federal fort, customs-house and vessels that same December. In January, with Lincoln’s inauguration still two months away, Georgia seized two federal forts and an arsenal, then commandeered a steamer. Louisiana took over three forts and the arsenal at Baton Rouge as Georgia seized the arsenal at Augusta and a steamer. Then Florida commandeered navy yards and another arsenal.

The Morrill tariff was revived, the embattled Treasury began selling notes, and John Sherman made a speech about federal tariffs, fort and armories. A secession convention was convened and northerners began backing away from support for sanctuary cities by repealing the Personal Liberty bill and similar enactments. William Tecumseh Sherman calculated the effect of reverting to a revenue-only tariff, dubbed “free trade” by Morrill and other protectionists:

“Now, if the south have free trade, how can you collect revenues in the eastern cities? Freight from New Orleans to St. Louis, Chicago, Louisville, Cincinnati, and even Pittsburg, would be about the same as by rail from New York, and importers at New Orleans, having no duties to pay, would undersell the east if they had to pay duties.”

This was what the Civil War was about–customs revenue and crony tariff protection.

Meekly disarmed colonial Brazilians had no such possibility, and imperial slavery continued there until after Cleveland’s first term–yet rabble of the looter persuasion do not order their statues torn down or accuse modern Brazilians of racial collectivism. Americana, the Confederate town founded by disaffected Johnny Rebs, holds charming square dances in gray regalia with nary a protest from unreconstructed brown audience members and participants. ALL of them are fed up with carpetbagger looter politicians and their damned taxes!  These politicians and their judges keep the Libertarian Party from forming, so locals–forced at gunpoint to vote–cast enough blank ballots to potentially elect libertarian mayors in many major cities.

If you want Brazilian or American audiences to understand your theory on the roots of war or what causes economic depressions, you might consider hiring a degreed and accredited translator and interpreter.