Howdy Dem Buckaroos, Thanks for reading my material on how–a month after the Libertarian Party managed to acquire a single electoral spoiler vote–the Republican Supreme Court decided Roe v. Wade in favor of individual rights. In November your prohibitionist Luddite puppet lost by 77 votes. God’s Own Prohibitionists’ puppet got enough excess electoral votes to beat your half of  The Kleptocracy 77 times. Your candidates lost because of this anti-rights platform:

As we continue working to reduce carbon dioxide, methane, and other greenhouse gas emissions, we must ensure federal actions do not “significantly exacerbate” global warming.
…carbon pollution and rapidly driving down emissions of potent greenhouse gases like hydrofluorocarbons. We will support developing countries in their efforts to mitigate carbon pollution and other greenhouse gases, deploy more clean energy, and invest in climate resilience and adaptation.
…bold steps to slash carbon pollution and protect clean air at home, lead the fight against climate change around the world
To build on the success of the lifesaving Brady Handgun Violence Prevention Act, we will expand and strengthen background checks and close dangerous loopholes in our current laws…

True, the Democratic platform did stand up for the individual rights of women threatened by the coercive zealotry of mystical fanatics. But clearly the higher priorities of the Democratic party were leaving These States without electricity, and  disarming citizens like Kristallnacht National Socialists in violation of the Second Amendment. You also supported continuing the prohibitionist asset-forfeiture looting George Bush used to completely wreck the economy in 2007. And you wanted to lecture others about Alexander Hamilton to panhandle electoral votes?

I suppose it never occurred to you the panhandling idea might have originated in the Republican camp? The GO-Pee and its faith-based fanatics bore the brunt of the 1972 Libertarian Electoral vote. We had the pro-choice woman candidate  (Toni Nathan) and the economic freedom platform that terrified Nixon’s Party and its Suprema Corte into legalizing individual rights. Did they learn from this? You betcha! By loudly tricking your dupes into trying to transfer electoral votes to the other looters, they goaded the Christianofascists into circling their wagons and chambering a round. They also tricked your own totalitarian sympathizers into likewise refraining from transferring electoral votes from the sinking ship Altruria to the ONLY party left standing up for the individual rights of pregnant women. Thanks for telegraphing where your loyalties lie. We’ll remember that. 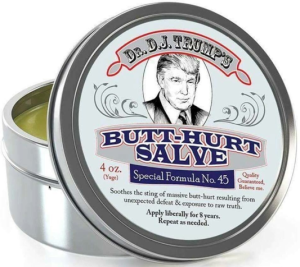 Congratulations, Democratic, Green and Communist Party USA! My schadenfreude goes out to you: both barrels!

For clearer understanding, see a translator!

7 thoughts on “Letter to Democrat voters”