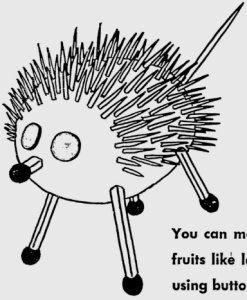 Playing with matches before Lenore Skenazy

Before the Libertarian party we had military conscription to bomb civilians in French Cochin-China, race riots, racial collectivism carrying five Southern states and 22 electoral votes, the Human Rights Party (impostors alert), the Buffalo Party and Reason Magazine… even candidates like George “Coyote” Chalfa ran ads next to the lemons-into-porcupines instructions.

Robert Heinlein wrote about curing a sick society, Robert Rimmer chimed in on free love and Timothy Leary and Ayn Rand both made the case for non-aggression and doing your own thing without bothering others. Leary thought the enemy was the Republican Party. Rand meanwhile struggled to believe that throwing Goldwater under the steamroller of Lyndon’s Soft Machine meant that God’s Own Prohibitionists had abandoned religious fascism for laissez-faire. What really mattered were the 9,906,473 message-sending spoiler votes saying “coloreds” weren’t welcome. Those 46 electoral votes gave the American Independent Klan control of the GOP for the first time since 1928, and the Solid South seceded.

The Jefferson Airplane’s Volunteers of America, Doors fans and citizens of Woodstock Nation recoiled in horror as the military-industrial complex Ike warned against rolled into power on tank treads. Small hepcat parties sprouted peace and legalization planks, only to be crushed, voter-suppressed and gerrymandered out of existence. The Buffalo party felt the poniard…

And the Human Rights Party went like lambs to the slaughter…

Only the Libertarian Party had a clue as to the definition, function and machinery of government. This non-aggressing, legalizing rights-enforcer straight out of an Eric Frank Russel novel blindsided the gerontocracy nearly as thoroughly as Wallace’s Dixiecrats and Wallace was taken out less thoroughly than JFK or Bobby, but as decisively. Women got Roe v. Wade from the LP but were gulled into an Equal Rights Amendment with too short a fuse.

Forty-six years later nobody is drafted, fewer kleptocracy bombs are dropped, communist/anarchist looters are history and Legalized Psilocybin is finally a thing! How bright is the future? Can you say hockey stick?

Learn how Republican policies made Prohibition and The Crash a cause-and-effect phenomenon, live on Amazon Kindle for the cost of a pint.